The author of this website was diagnosed CIRS-WDB during 2017, along with her family, in Australia.

The journey into crippling health started with a plumbing leak in the ceiling space of the family home which went undetected for many months. Despite eventual discovery, repair and remediation, a tsunami of ill health continued in all members of the family, due to the genetics of HLA DR positivity.

The author’s obstinate belief that there was a strange connection between the home and everyone’s suddenly poor health, thrust her on a lengthy 10 month research mission for a solution. This led her to an American Doctor and his discovery of an environmentally acquired illness, called CIRS.

Sincere thanks to Dr Ritchie Shoemaker for joining the initial dots in 1997, regarding biotoxin inducing illness, and placing his research, peer reviewed studies and protocol in the public domain.  This is the ladder upon which the author and her family are attempting to climb away from disability and despair.

The Science is in and the Shoemaker Protocol works. As of this date, 35 Doctors in Australia are mould aware and have interest in diagnosing and treating CIRS patients.

In good health from me to you.

Ps. The Australian Government is holding a National Inquiry into Biotoxin Illness in this country in 2018. 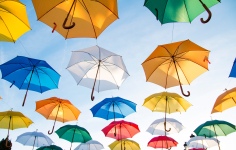